Board of Water Commissioners 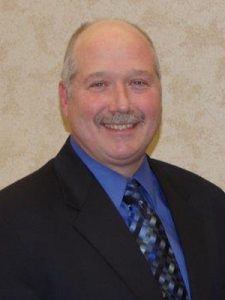 Kenneth Borchers has been a Garden City Park Water/Fire District Commissioner since 2008. He is a member of the Nassau/Suffolk Water Commissioners’ Association and Long Island Water Conference. Mr. Borchers is a retired business manager for a major food company. He has been an active member of the Garden City Park Fire Department for over 40 years, serving as Lieutenant for over seven years and as Financial Treasurer. He has also served as the Benevolent Association Financial Treasurer. A lifetime resident of Garden City Park Water/Fire District, Mr. Borchers is married with one daughter. 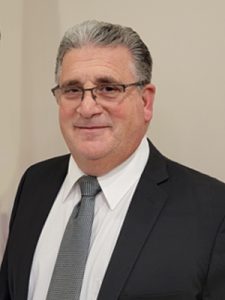 Peter Chimenti has served the Garden City Park Water/Fire District community as Water/Fire District Commissioner since 2014. He belongs to the Nassau/Suffolk Water Commissioners’ Association, Long Island Water Conference and Association of Fire Districts of Nassau County. For over 21 years Mr. Chimenti served in the New York City Police Department and retired as a Sergeant. He now works for New York City Transit as a Special Inspector in the Security Department. He has been an active member of the Garden City Park Fire Department for over 40 years and has attained the rank of Chief of Department two times (1995/1996 and 2010). Mr. Chimenti graduated from Manhattan College with a Bachelor of Science in Organizational Management. Mr. Chimenti has lived in the Herricks part of Garden City Park Water District for over fifty years. He is married to his wonderful wife, Stacey, and they have three children, Christopher, Joseph and Nicholas. 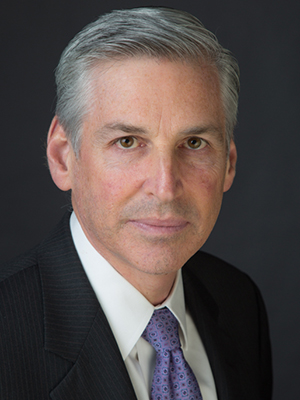 Dr. Alan Cooper currently serves as Associate Dean and Clinical Professor at the Willumstad School of Business at Adelphi University. He is also the owner of the Tudor Advisory Group, a boutique management consulting firm specializing in organization development and process improvement. Dr. Cooper also currently serves as Commissioner for the North Hempstead Housing Authority. He has over 25 years of experience in the area of strategic organizational transformation, with a specific focus on organization development (OD), operational excellence, customer experience, change management, teambuilding/collaboration, organizational capacity, HR, and leadership development. His work is consistently aligned with an overarching emphasis on the achievement of an organization’s strategic mission.

Dr. Cooper spent the first 21 years of his career with the North Shore – LIJ Health System in New York (now Northwell Health). As Vice President for Learning and Innovation, he developed and ran the health system’s “corporate university”, the largest of its kind in healthcare, serving over 43,000 employees. He was a member of the New Hyde Park – Garden City Park School Board for five years, and previously served as a Commissioner of the Garden City Park Water/Fire District from 1994-2002, and 2004-2006.

Dr. Cooper holds a Ph.D. in experimental psychology and an MBA from Adelphi University, and a Master of Education from the University of Cincinnati. He also holds several advanced certificates in leadership and management from Cornell University, University of Notre Dame, and University of Michigan. He is a nationally recognized speaker and has published several articles and book chapters. Dr. Cooper has also held the positions of Adjunct Associate Professor at the Zarb School of Business at Hofstra University, Associate Dean for Knowledge Management and Associate Professor at the Hofstra North Shore – LIJ School of Medicine, and Executive Director of the Nassau Regional EMS Council.

Water Treatment Upgrades at Wells 6 and 9